Home » Did you Know » Robert Wadlow: Story of the Tallest Man who Ever Lived

Robert Wadlow: Story of the Tallest Man who Ever Lived


Robert Pershing Wadlow was born in 1918 and was the oldest of 5 children.

At 8' 11", he was the tallest person ever recorded in human history.

When he started walking at the age of 11 months he was already 3' 5 and weighed 40 pounds - roughly the same height and weight as most 4 year olds. 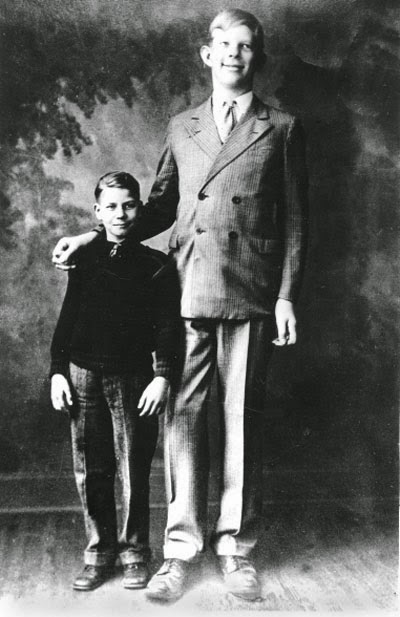 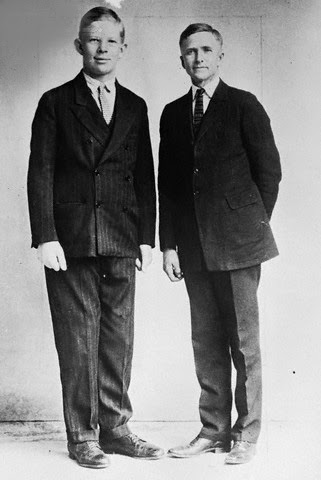 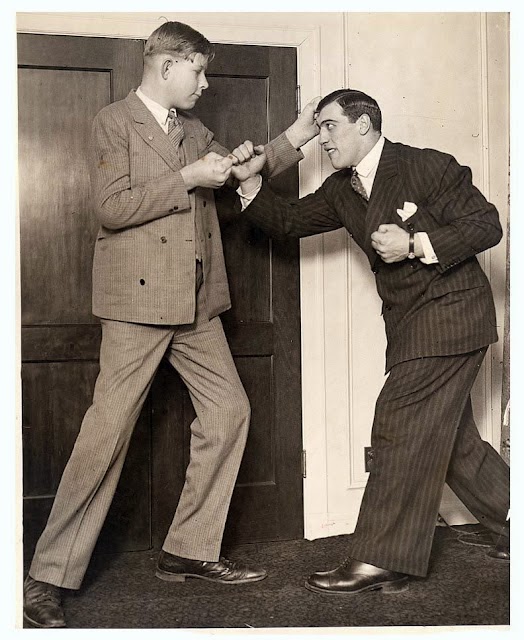 At the age of 18 he traveled around the country in the family car when he took a job as goodwill ambassador for the international shoe company. His father modified the car by removing the front passenger seat so that Robert could stretch his legs and sit in relative comfort. 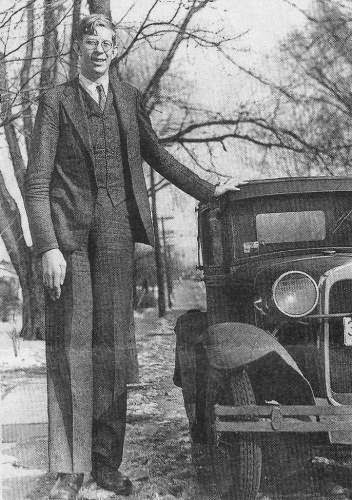 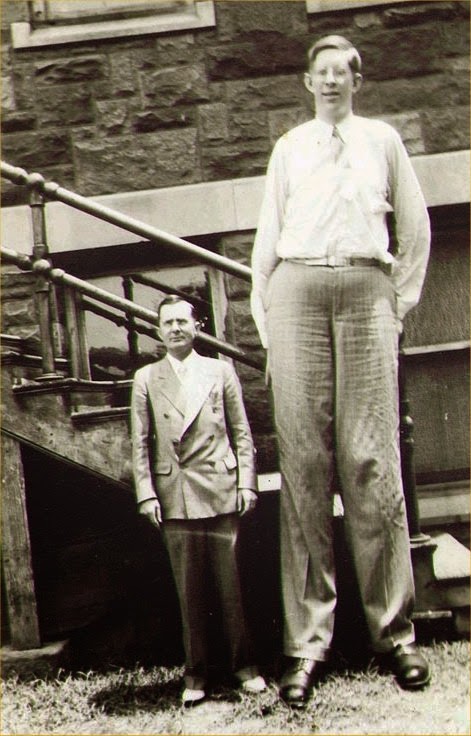 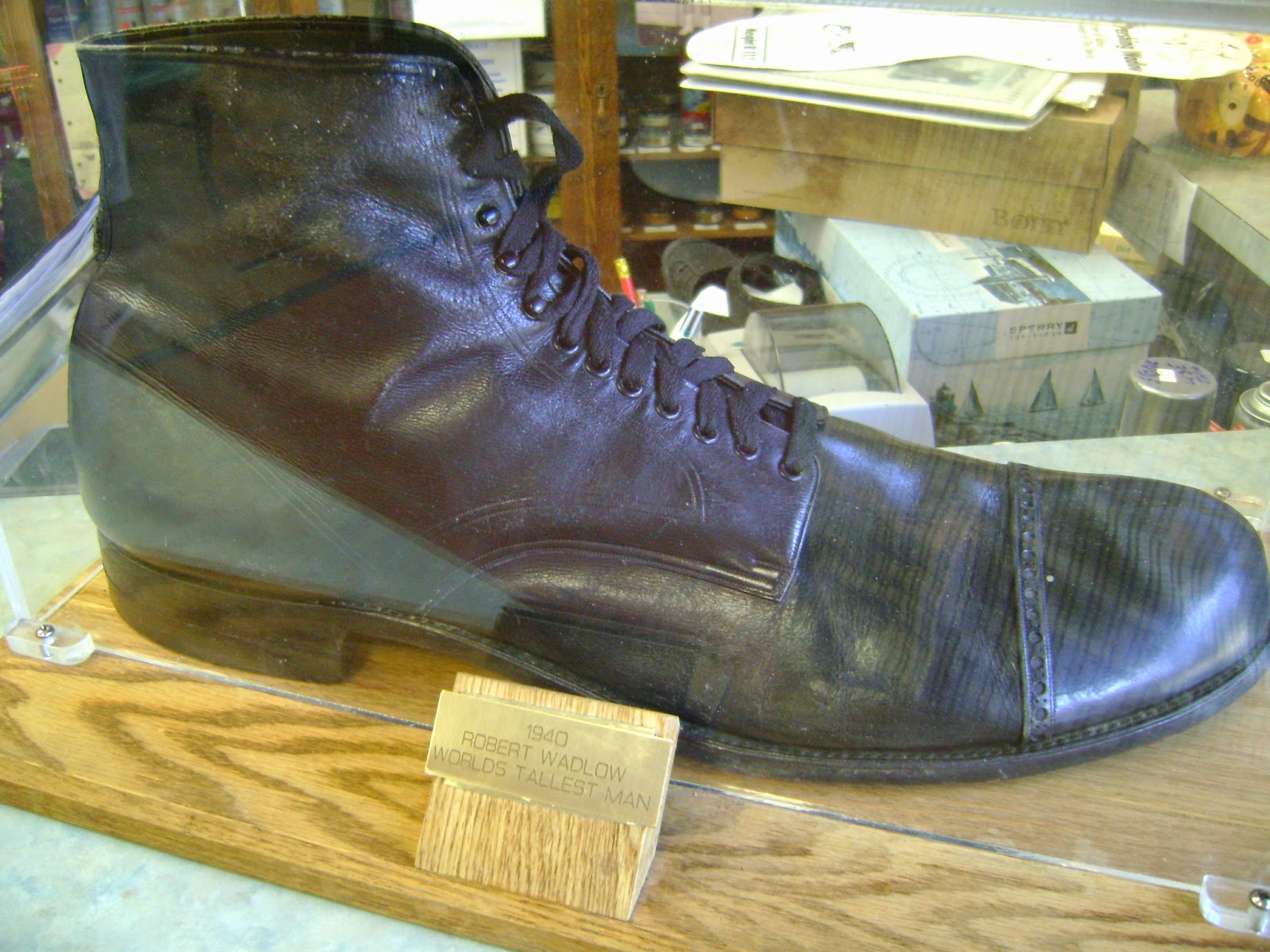 For comparison, next to a size 12 shoe. 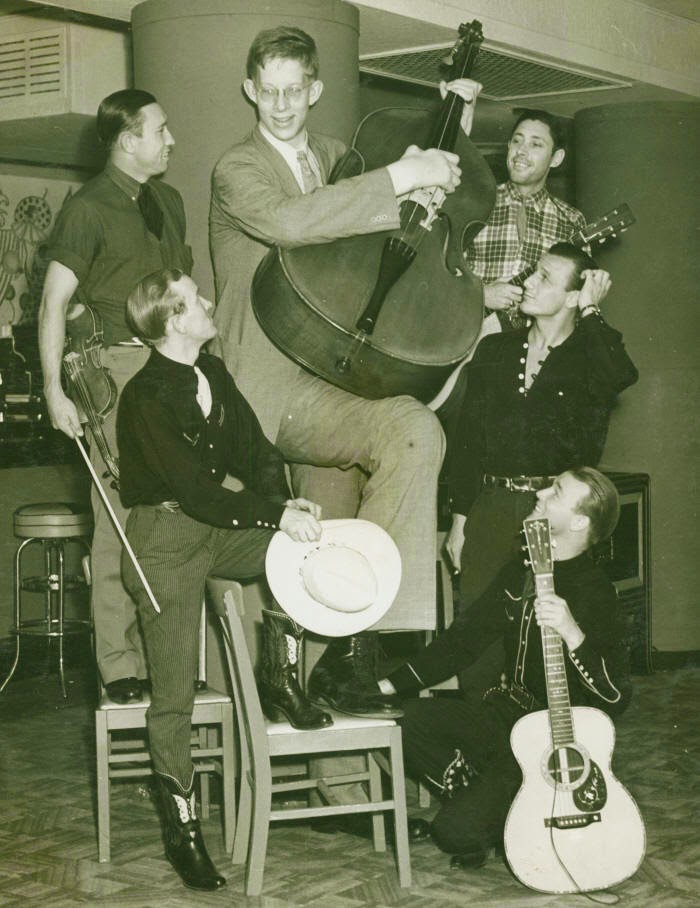 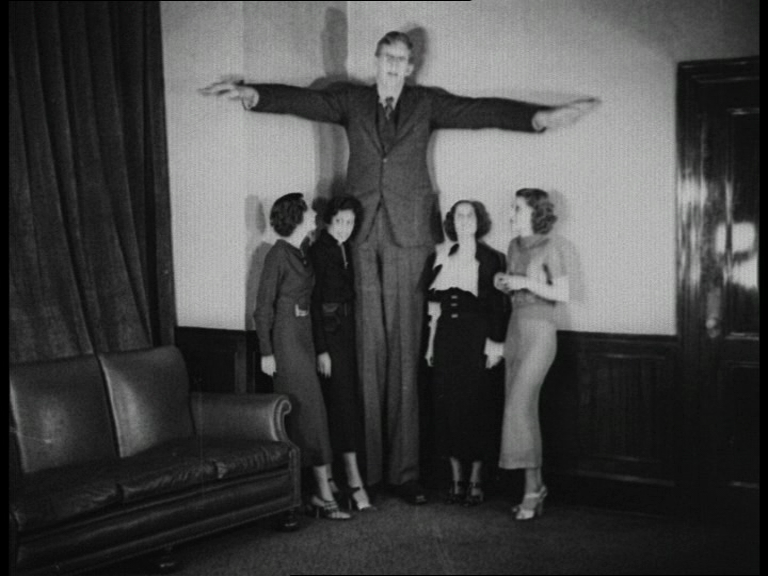 Robert with his family. 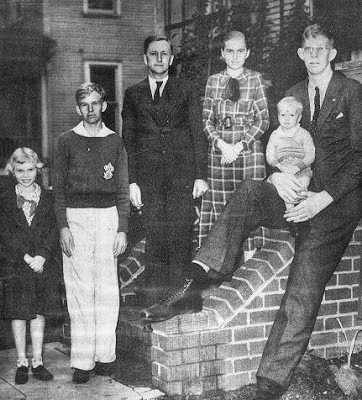 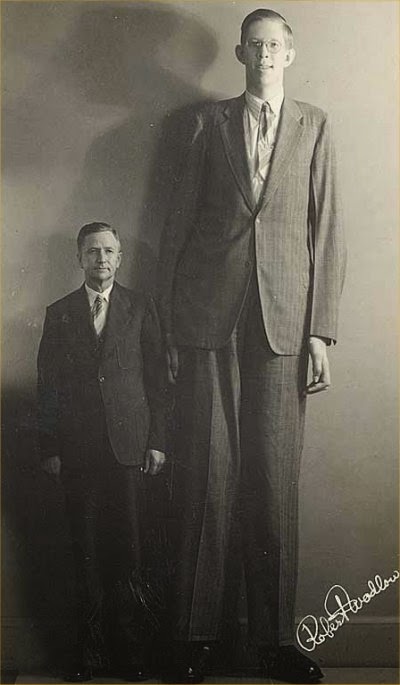 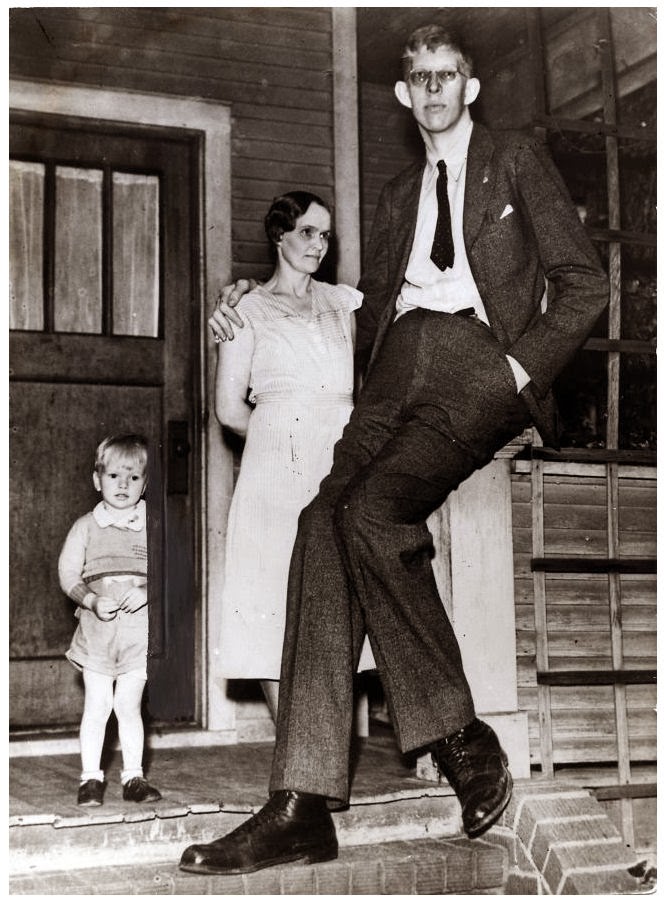 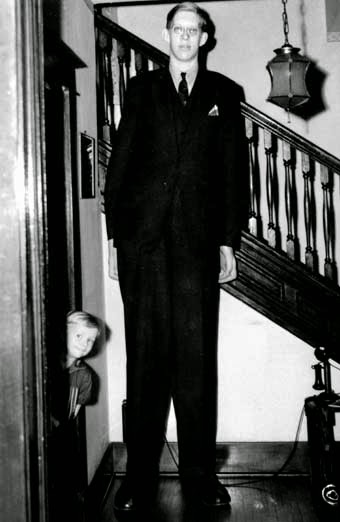 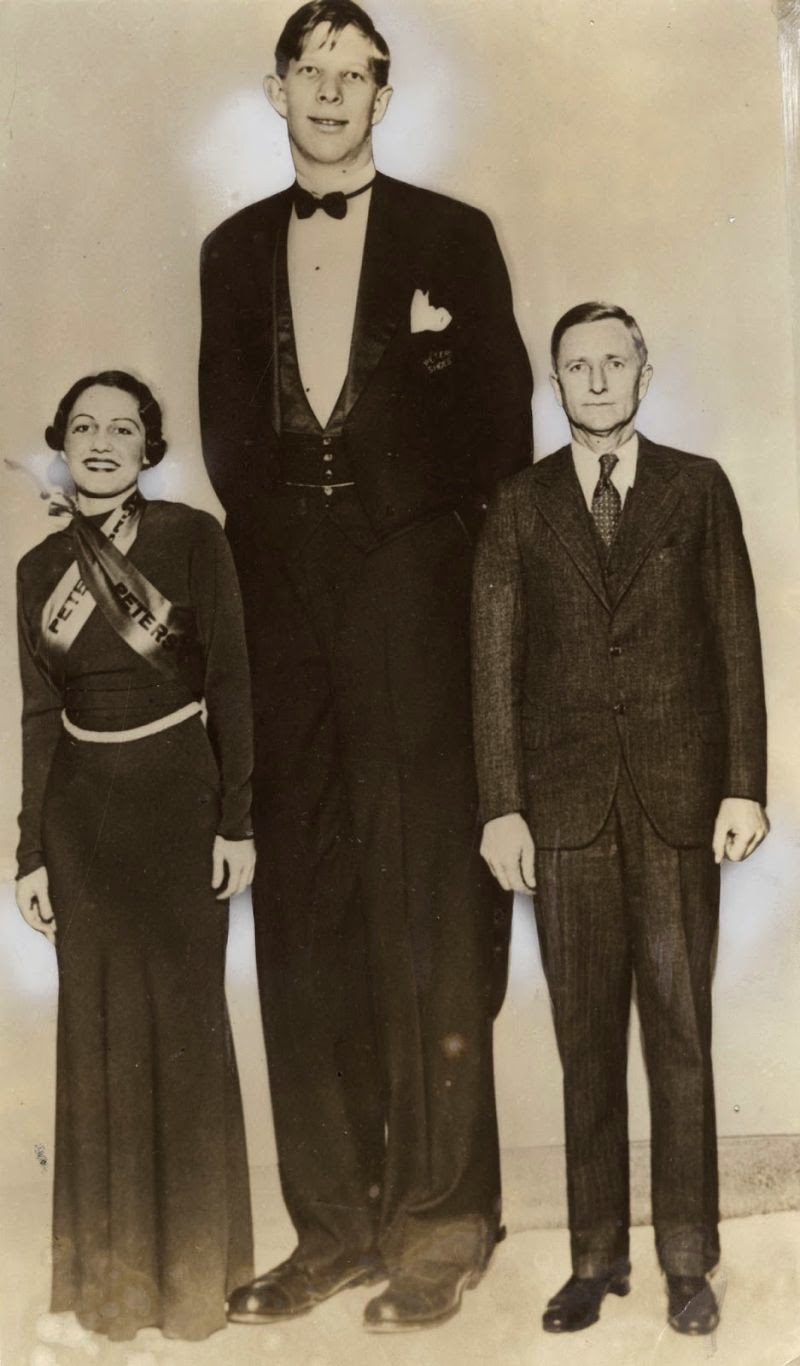 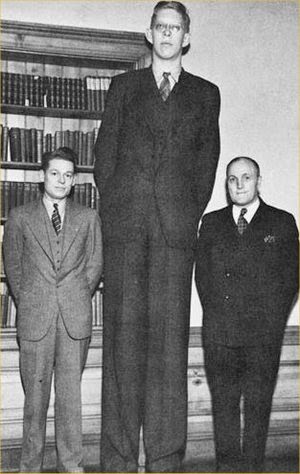 Robert aboard the Queen Mary after accepting an offer to be the star attraction at the Ringling Brothers & Barnum and Bailey Circus.

He demanded to be in the center ring, not the sideshow. He would wear only a plain business suit. 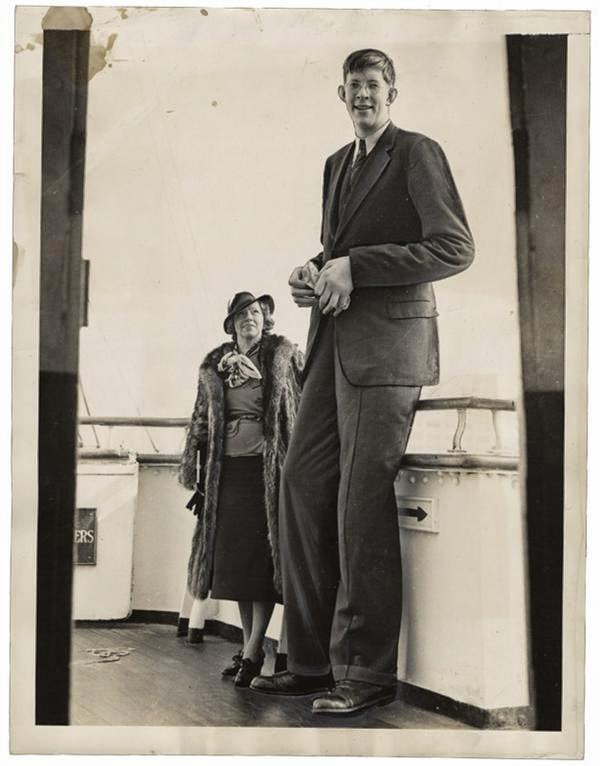 Movie star, Mary Pickford, being greeted at the St. Louis airport by Robert. At the age of 20, he got a cane because he had difficulty walking. 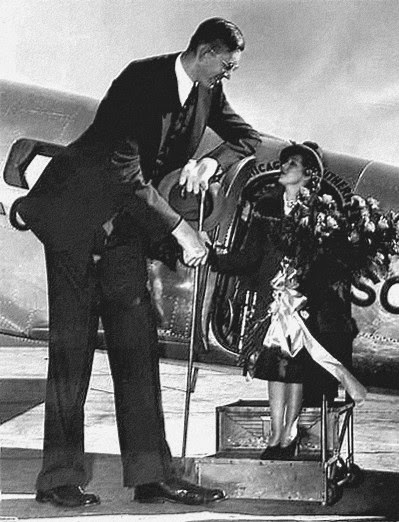 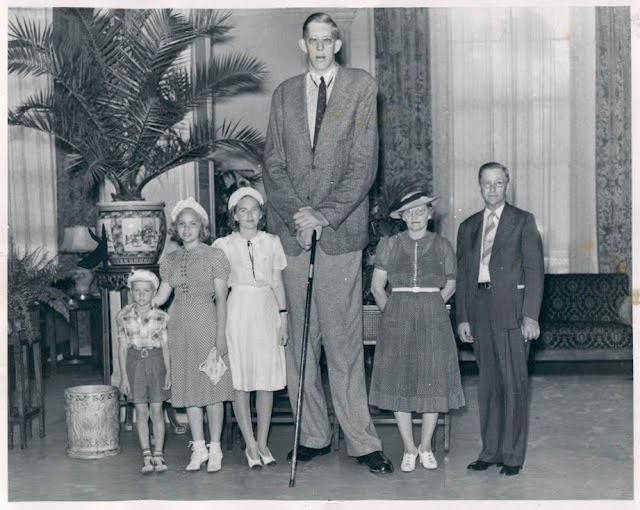 On July 4, 1940, during a professional appearance at the Manistee National Forest Festival, a faulty brace irritated his ankle, causing a blister and subsequent parasitic infection.

Doctors treated him with a blood transfusion and emergency surgery, but his condition worsened due to an auto-immune disorder, and on July 15, 1940, he died in his sleep at age 22. 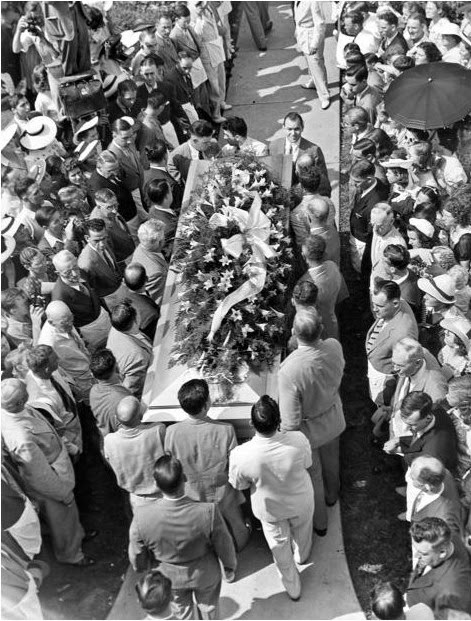 Robert was entombed in a coffin 10 feet long and weighing 1,000 pounds, requiring a dozen pallbearers and eight other assistants.

Robert's funeral was attended by 27,000 people. Robert’s parents buried their son’s body under a vault of concrete because of fears for the sanctity of his body.

Upon the death of Robert Wadlow, his family had almost all of his belongings destroyed. (Except his shoes apparently)

They didn’t want collectors to purchase his clothing and other items to be displayed as any kind of  "freak" memorabilia. He led a tough and short life but his legacy as a kind-hearted gentle giant will never go away.

Have something to say?