84 Surprising Facts that Sound Totally Made-Up. Especially the Last One!

Some things sound weird but believable and then there are facts that make you think "No way!" You'll find many here.

1. Plaque is the result of bacteria pooping and peeing on your teeth...bon appetit

4. Actor/Director, Frank Oz, did the voices for both Miss Piggy and Yoda. 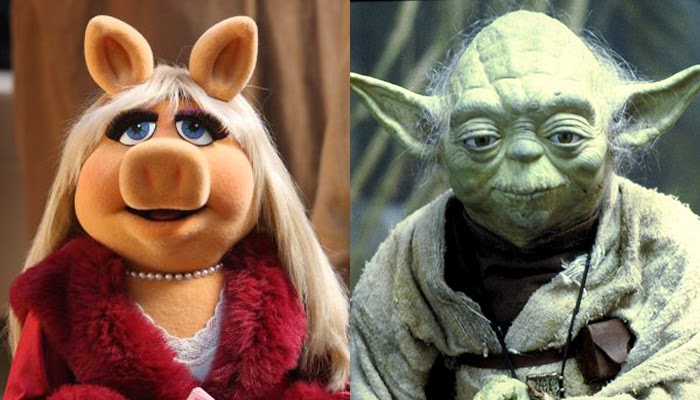 5. Pneumonoultramicroscopicsilicovolcanoconiosis is the longest word in the English language. It is a disease that miners get when they breathe in ultra-microscopic dust.

6. The YKK on your zipper stands for “Yoshida Kogyo Kabushikigaisha.”

7.  Rearrange the letters in Mother-in-Law and you get "Woman Hitler"

9. The milk from a hippopotamus is pink. Yum! 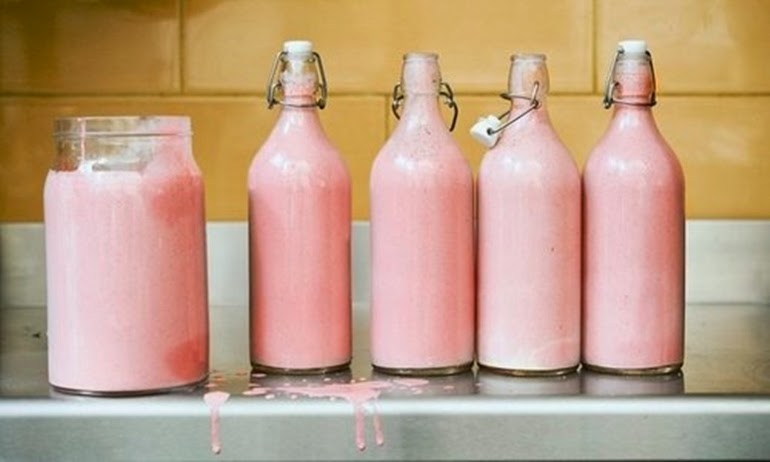 10. There's a little pouch on a sea otter's body that carries their special rock.

11. The chances of dying while you are on your way to buy a lottery ticket is higher than the odds of actually winning the lottery!

12. In the times of  Shakespeare, "nothing" was slang for vagina and his play "Much Ado About Nothing" was a dirty pun. (Classy!)

13. Ed Helms’ missing tooth in The Hangover wasn’t computer generated, it’s real. An adult tooth never grew in so he has an implant.

15. Michael Keaton's real name is Michael Douglas but he can't use it because of SAG rules.

16. 'Anti-baby-pille' is the German word for birth control pills. 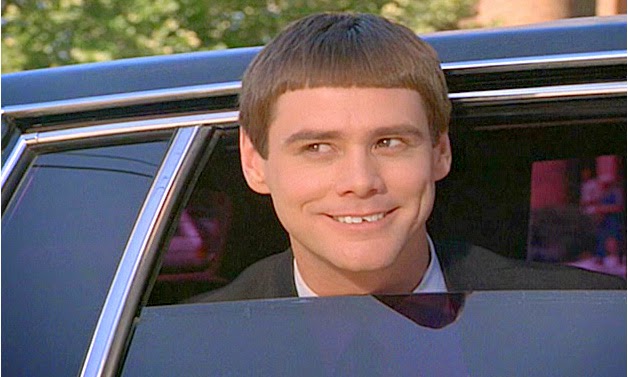 18. According to Forbes' 15 richest fictional characters, Smaug, the gold-hoarding dragon from "The Hobbit",  has a net worth of about $62 billion.

19. Calvin Coolidge, the 30th US President, enjoyed buzzing for his bodyguards and then hiding under his desk while they frantically searched for him.

20. The opposite of sparkle is darkle.

21. You can get a "fruit salad tree" that grows up to 6 different kinds of fruits.

22. George Washington was actually a redhead.

23. In the 1800s, lobster was fed to prisoners and poor children. It was considered a poverty food.

24. Cleopatra, the last active Pharaoh of ancient Egypt, lived closer to the invention of the iphone than she did to the building of the Great Pyramid.

25. A blue whale's heart is so big that a human could swim through the arteries. 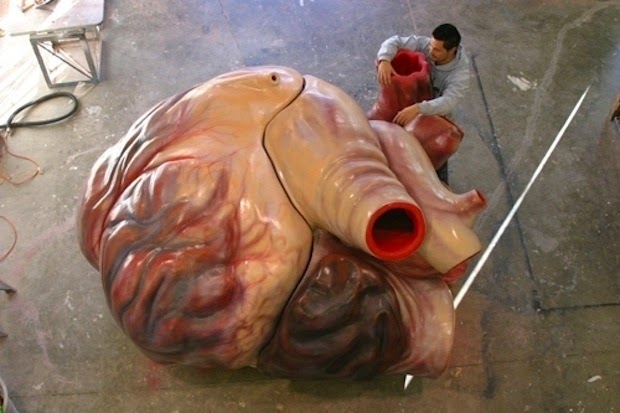 26. France was still executing people with a guillotine when the first Star Wars film came out.

28. The British have invaded 90% of all the countries in the world.

29. Nick Cassavetes, director of The Notebook, told Ryan Gosling "I want you to play this role because you're not like the other young actors out there in Hollywood. You're not handsome, you're not cool, you're just a regular guy who looks a bit nuts.'" 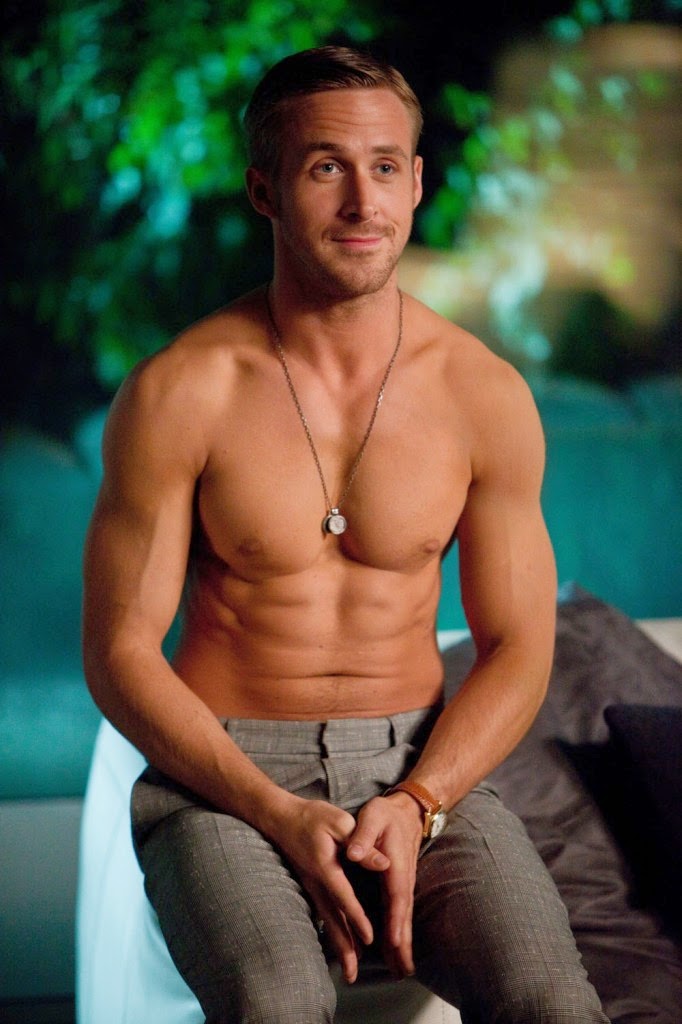 
30. Benjamin Franklin was not chosen to draft the Declaration of Independence because they feared that he might add jokes to it.

31.  The Rhinoceros Party in Canada was led by Cornelius the Rhinoceros and promised, among many things,  to repeal the law of gravity and also pledged to provide higher education by building taller schools.

32. After watching Star Wars, director James Cameron quit his job as a truck driver to enter the film industry. 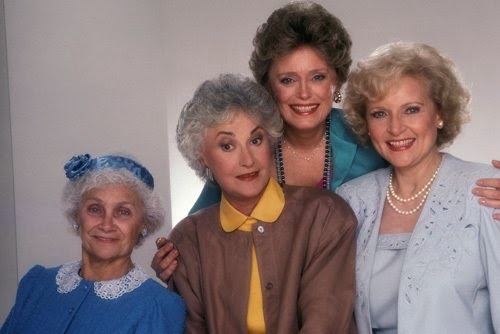 33. Companies in China "rent" white people to enhance the prestige and image of their business firms.

34. Glasses are so expensive because one company, Luxottica, owns and operates more than 80% of all the manufacturer and retail brands.

35. Wanting to prove that legislators pass bills without reading them, a Texas Representative- Tom Moore Jr. - got his colleagues to unanimously pass a resolution honoring the Boston Strangler for "population control".

36. Oreo cookies are actually a knockoff of the Hydrox brand which debuted in 1908. Oreo came into existence 4 years later.

38. Without regular erections, penile tissue can become less elastic and shrink, making the penis 1-2 centimeters shorter. (use it or lose it)

39. A group of bears are called either a sleuth or sloth and a group of polar bears are known either as an aurora or celebration.

40. Mary-Kate and Ashley Olsen are now older than Uncle Jesse was at the start of Full House. 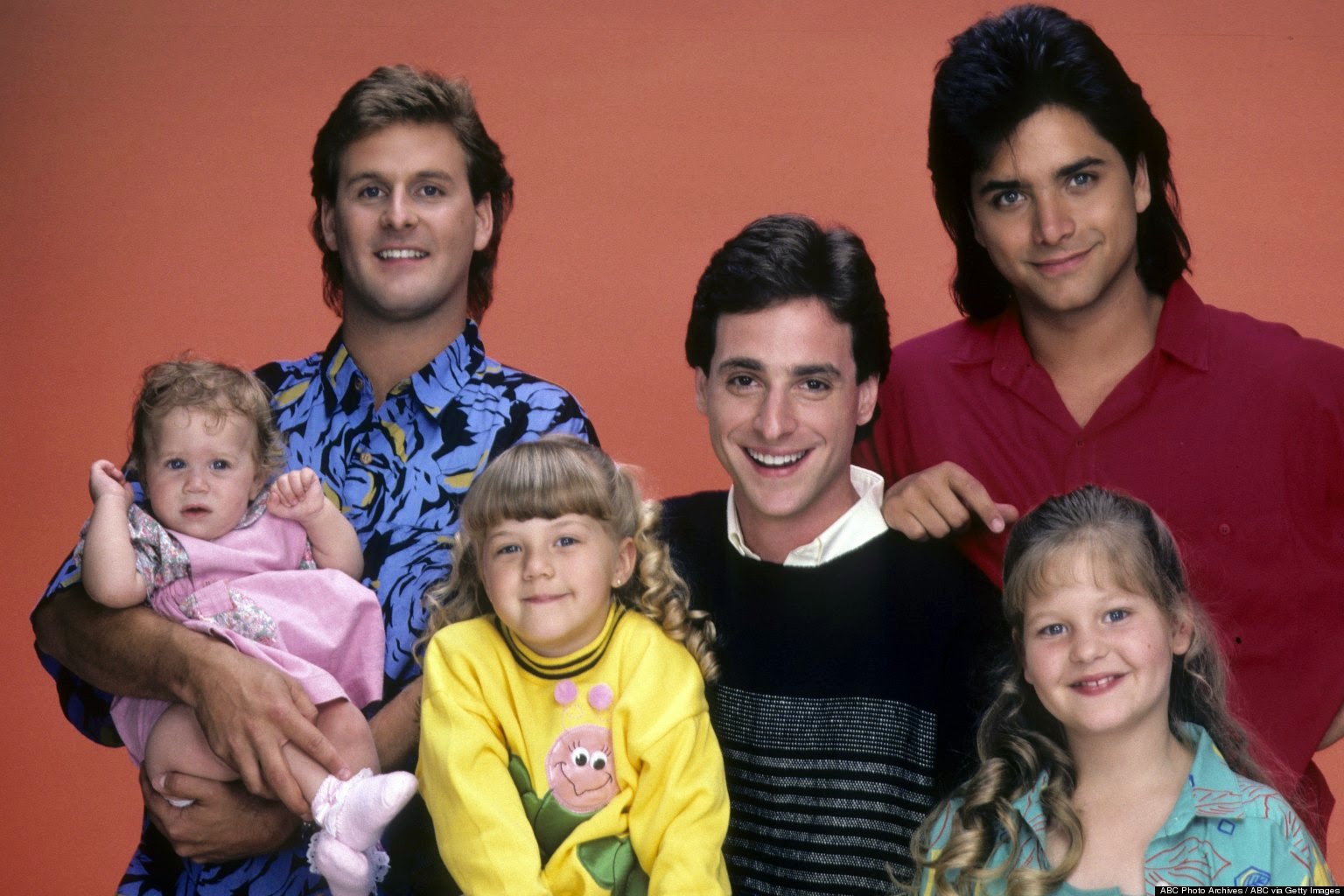 42. If you collected all the grains of sand from every beach in the world it still wouldn't come close to the number of stars in space.

43. There are just as many mysterious disappearances in other parts of the ocean as there are in the notorious Bermuda Triangle.

44. This is how it would look if Jupiter were the same distance from Earth as the moon is: 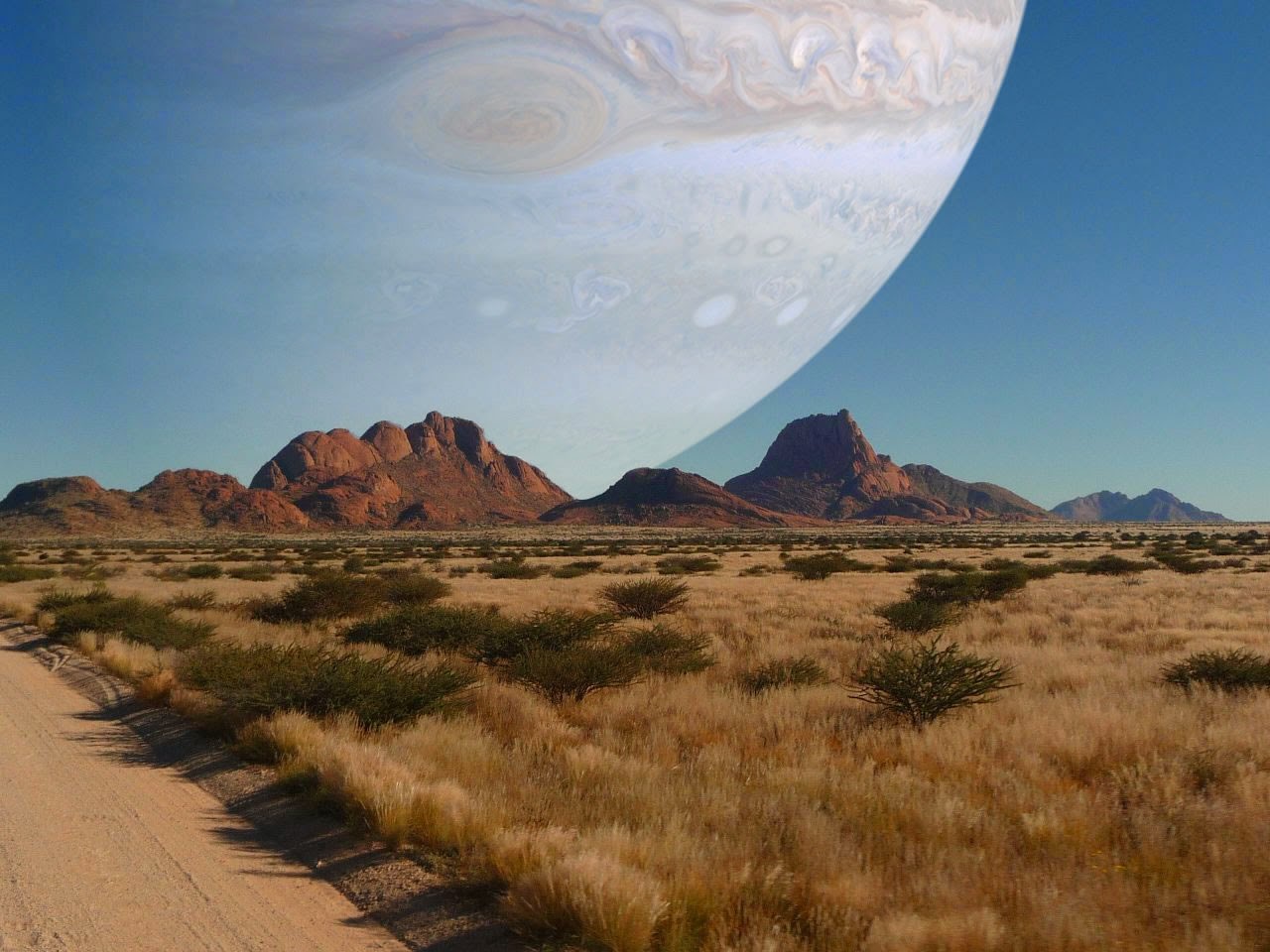 45. Russia has a larger surface area than Pluto.

46. Strawberries are not berries but avocados and bananas are.

47. So are watermelons, pumpkins, and tomatoes.

48.This is what grass looks like under a microscope:

50.  Peanuts are not nuts. They are legumes like beans and peas.

52. The plastic wrapping at the end of a shoelace is called an aglet.

53. Back when the current oldest person on Earth was born, there was a completely different set of human beings in the world.

54. Splenda (sucralose) was discovered in 1976 when a scientist was told to "test the chemical" but heard the command as "taste the chemical", so he did. And found it exceptionally sweet.

55. Any "mile high club" members? For $425, you can become one. The package includes a private 1 hour flight with champagne and chocolates.

56. Will Smith is now older than Uncle Phil was at the start of "The Fresh Prince of Bel-Air" .

57. Saudi Arabia is NOT the biggest oil producer in the world. USA is.

58. Turtles can breathe out of their butts.

59. Kroger department stores use infrared sensors to track customers; then an algorithm decides how many checkout lines need to be open to reduce wait times.

62. You are twice as likely to be killed by a vending machine than by a shark.

63. The Humpty Dumpty nursery rhyme doesn't mention once that he’s an egg.

64. This is what sand looks like under a microscope:

65. The movie Ghost was released closer to the moon landing than today. (just kidding, moon landing was staged)

66. The unicorn is the national animal of Scotland.

68.  The last time the Chicago Cubs won the baseball World Series, the Ottoman Empire was still in existence.

71. In a country of more than 1 billion people, 85% of the people in China share 100 surnames. Zhang and Li are the most popular.

73. Next time you're walking on the white sandy beaches of Hawaii, just know you're stepping in tons of Parrotfish poop.

74. There are more germs on mobile devices than on toilet seats.

75. So much in fact, that a thief stole a cell phone from a patient in a Uganda hospital and contracted the Ebola virus. (Karma anyone?)

76. Oxford University is older than the Aztec Empire.

78. The CEO of Food For The Poor is named Robin Mahfood.

79. You can’t hum while holding your nose.

80.  During the "dancing plague" of 1518, quite a few people died of heart attacks, stroke and exhaustion.

81.  It rains diamonds on Saturn and Jupiter.

82. The invention of the fire hydrant is generally credited to Frederick Graff in 1801. But this can't be verified because  in 1836 the Washington DC patent office, holding the patent claim, caught fire and many of the documents were destroyed.

83.  Crocodiles are more closely related to birds than they are to snakes and lizards.

84. And finally...most shocking of all! Remember back in the 90s logging in through AOL - complete with the melodious tones of static - to use the internet? Well, there are currently 3 MILLION! lost souls still subscribing to dial-up, helping AOL generate more than $500 Million a year!! (LOL, OMG, WTF?!)

Have something to say?